The “Multiplier Event (E3) – S4Game: call for participants – Czech Republic” was organised
on June 30th, 2021, at the Faculty Hospital in Hradec Králové, Czech Republic. This event was held in person following all Covid-19 countermeasures and rules.

51 participants attended the event altogether. These included mainly medical doctors, nurses
and medical students. Except from these, academicians and students from the Faculty
of Informatics and Management participated.

Firstly, the S4game project was introduced. Then, the basic concepts and the handbook were presented. Afterwards, the game was illustrated and shown using the data projector
and sharing some cases with the audience. After the presentation, the vivid open discussion including further plans of the project, implications, use of outputs, etc. lasted about an hour. The printed materials with the basic concepts were distributed among the participants.

Finally, the game was tested using both, the VR glasses, and the desktop version
(run on the personal computers and laptops). The users practiced the technologies as well as the soft skills included in the game. In particular, the medical students enjoyed it the most thinking already about the subject within which such game might be implemented.

The feedback was generally positive with the significant difference between VR glasses
and desktop version. The users preferred mostly the 3D view, the sounds, and all other effects within the VR glasses. Nevertheless, the desktop version was considered as fruitful
and interesting too. 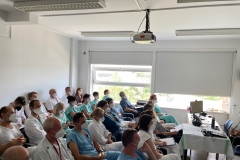 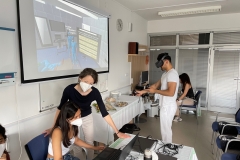 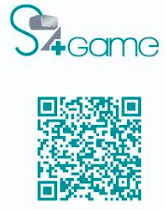